The state lottery’s online games cut way too close to the online games that the casinos argue was reserved exclusively for them by the state gambling law.
Published on August 24, 2018 8:01 am
Author Sandra Mullen
Share Article
Pennsylvanian casinos have once again waged war against the state lottery. Seven of the casinos have filed a lawsuit against the Pennsylvania Department of Revenue, asking the federal court to shut down its new iLottery program and its new breed of “casino-style” online games that were introduced in May. According to the casinos – Meadows […]

Pennsylvanian casinos have once again waged war against the state lottery. Seven of the casinos have filed a lawsuit against the Pennsylvania Department of Revenue, asking the federal court to shut down its new iLottery program and its new breed of “casino-style” online games that were introduced in May.

“These casino-style lottery games are illegal. To make matters worse, the PA Lottery is promoting casino-style gambling to teenagers. PA Casinos must follow very stringent regulations on underage gaming or face millions of dollars in fines. Meanwhile, the Lottery is openly violating the law and marketing these games to anyone as young as 18,” said David La Torre, the spokesperson of the coalition of the casinos that filed the lawsuit.

To put this into perspective, the lawsuit alleges that several of the iLottery games improperly imitate the look, sound, and feel of slot machines by:

All of these are violations of the gambling laws that bar the state from selling any simulated casino-style lottery game including video roulette, video blackjack, slot, or video poker. Moreover, they also go against the provisions of the state’s Lottery.

What Next for the Lottery?

While the coalition of casinos is working diligently to protect its turf, the group is also eyeing an injunction against the Commonwealth and financial relief for what they are referring to as “irreparable injury.” Meanwhile, the Lottery’s next course of action is yet to be made public as it is reportedly yet to review the lawsuit.

“We have not had an opportunity to review the lawsuit. It is important to note that act 42 authorized the lottery’s new games, which are part of an effort to continue delivering to our customers games that they want and where they want while generating the additional funds to stabilize the lottery fund and provide vital services to older Pennsylvanians,” the Pennsylvania Lottery spokesperson, Gary Miller, said in a statement issued shortly after news of the lawsuit surfaced. 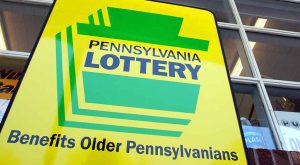