Published on November 23, 2018 8:22 am
Author Simon Deloit
Share Article
As it turns outs, October was a great month for the Keystone State’s daily fantasy sports – the industry’s revenue grew 36 percent when compared to the previous month and by so doing it got to a whopping $2.90 million. According to the figures recently released by the Pennsylvania Gaming Control Board, the revenue figures […]

As it turns outs, October was a great month for the Keystone State’s daily fantasy sports – the industry’s revenue grew 36 percent when compared to the previous month and by so doing it got to a whopping $2.90 million. According to the figures recently released by the Pennsylvania Gaming Control Board, the revenue figures which has increased significantly from the $2.31 million that was recorded in September is primarily a result of the efforts by DraftKings and FanDuel, the daily fantasy sports market leaders in Pennsylvania as well as many other states.

The fierce competition between the two market leaders is still with DraftKings managing to take the lead this time around after it recorded a 32 percent month-on-month revenue bump to $1.55 million. Hot on DraftKings’ heels was FanDuel which brought in $1.25 million. Coming in third was SportsHub Technologies which recorded $41, 572 in revenue in October – while this may certainly seem very small especially when compared to the two market leaders, the amount SportsHub posted was a significant improvement on its performance in September when it only managed to bring in $270.49. At the fourth place was DRAFT which, despite being overtaken by SportsHub Technologies, also performed very well because it managed to record a whopping $36,592, an amount that is double the amount that was recorded in September.

Slots and Table Games Not Doing So Good

Total gaming revenues in this regard came in at just over $252.7 million which is a 3.49 percent year on year decline. Table games went down 8.12 percent to $66 million while slot machine revenue dropped 1.7 percent to $186 million.

Pennsylvania has suffered gaming revenue losses in both the slots or table games categories and while the daily fantasy sports category still seems to be doing quite well, it is high time that additional sources of revenue are considered. Sports betting already saw somewhat of a soft launch in the past week and online and mobile betting should go live by early next year. Both of these souls significantly increase the bottom line of gaming as a whole – considering the huge demand for sports bets, online bets, and mobile bets as well as the size of the state, it should not take long before steady revenues start streaming in. 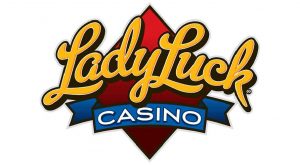