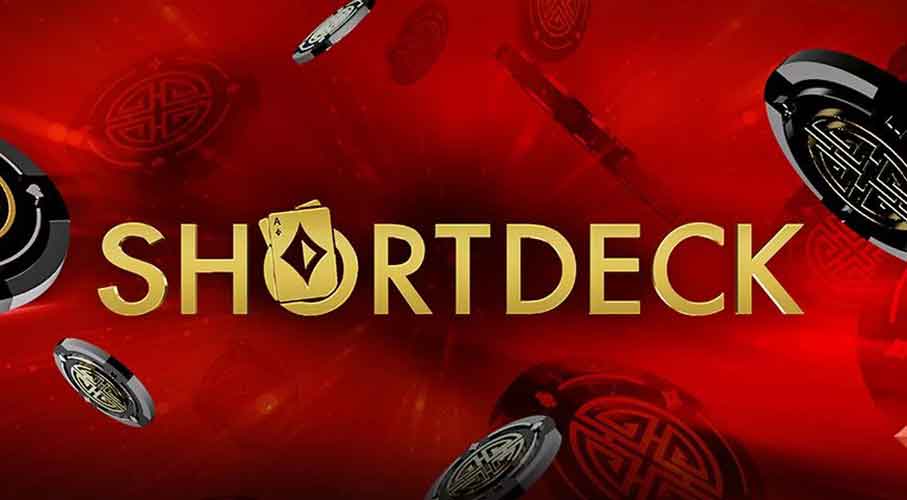 Published on March 28, 2019 8:18 am
Author Dominica Naye
Share Article
Just a little over two months after PokerStars unveiled Six Plus Hold’em, PartyPoker has joined that party with its own stripped deck cash game. Stylized simply as SHORTDECK, the game has been made available at 6-max, 8-max as well as full ring games which makes it one of the largest debuts for a totally new […]

Just a little over two months after PokerStars unveiled Six Plus Hold’em, PartyPoker has joined that party with its own stripped deck cash game. Stylized simply as SHORTDECK, the game has been made available at 6-max, 8-max as well as full ring games which makes it one of the largest debuts for a totally new game. However, the game is currently spread in a much more limited format, that is, it is only available at 6-max tables, with antes ranging from between 2 cents to $10.

Short deck poker, which is also referred to as six-plus hold’em is card games where every card deuce through five are removed from the deck thus creating a 36-deck card. The gameplay is similar to that of Texas Hold’em but there are usually some very hand ranking and structural differences between the two.

More in PartyPoker’s Version of the Game

The online poker operator’s short deck format, the presser notes, rules will be the exact as same ones those of the widely popular Triton Super High Roller Series.  The antes are therefore used in place of blinds and the double ante comes from the player on the button with the action starting on the player’s immediate left. Also, the flashes will beat full houses while the trips will still rank blow straights. With all these, the game attracts a ton of action since all the players will have invested into the pot – this pot is much larger than what one would find at a typical or traditional hold’em game.

More recently, PartyPoker has released a software update that brought it Short Deck Hold’em game to many more people. As mentioned earlier, only cash games are available at launch but players should expect multi-table tournaments to be unveiled on the platform very soon. This will, however, be dependent on how popular the game becomes among the poker sites customers as well as the poker community as a whole.

“[It’s] the most action-packed poker game out there. Enough of boring waiting and folding. Here you can play half the cards dealt in a cash game and still do just fine. I’m a big fan of the format (my ante is posted even while writing this), and can’t wait to play my first hand on PartyPoker. See you at the tables,” Timofey Kuznetsov, a poker pro who is offering his support for the game said recently.

SHORTDECK can be accessed through the new Short Deck tab on the poker operator’s lobby. There is also a “blind lobby” that allows players to quickly select stake levels as well as the number of seats at the tables, at which point the player is immediately sat at the SHORTDECK gaming tables with a stack of 100 antes. Moreover, players will still be able to choose a table through the traditional cash games lobby – here the player will be able to choose their starting stack size up to 300 antes.