Published on December 27, 2018 8:00 am
Author Darcy Lancelot
Share Article
2018 has definitely been an eventful year for the state of Pennsylvania especially when it comes to the states rapidly growing industry. Gambling expansion, which was one of the state’s top agendas in 2018, has brought a number of welcome developments including the long-awaited launch of sports betting. Thankfully, these plans are still on track […]

2018 has definitely been an eventful year for the state of Pennsylvania especially when it comes to the states rapidly growing industry. Gambling expansion, which was one of the state’s top agendas in 2018, has brought a number of welcome developments including the long-awaited launch of sports betting. Thankfully, these plans are still on track as we head to 2019.

Perhaps the most monumental development for the gaming scene in the United States was the May 14, 2018, Supreme Court ruling that lifted the federal ban that had been imposed on sports betting by the Professional and Amateur Sports Protection Act of 1992 (PASPA). This effectively gave states the green light to venture into the new form of gambling. The Keystone was one of the states that were fast to take advantage of the space even. In fact, the state had been preparing for this all along as it already had clauses dealing with sports betting in its October 2017 gambling expansion bill.

Has It Paid Off?

Well, the need for a convenient way of filling the gap in the Keystone State’s budget still exists in 2018. Fortunately, online gambling and sports betting licensing and operations have been a great way for the state to compensate for the deficit. This seemed to be a calculated move since at the time that the United States Supreme Court lifted the federal ban on sports betting, there were already 12 casino developers operating in the state.

Gambling expansion in Pennsylvania brought in excess of $385 million to the state’s coffers which was way above the preliminary expectations of some gambling experts and financial analysts. Most of the revenue, in this case, was accumulated through taxes with casino licensing bringing in close to $94 million and mini-casinos auction profits clocking in at about $128 million. Daily Fantasy Sports (DFS) was arguably the most disappointing but the amount it recorded was still a significant improvement when compared to what it brought in the previous year.

At the beginning of December 2018, several stores form York County-based the Rutter’s chain submitted applications for licenses that would allow them to operate video gaming terminals. Only five terminals would be allowed at each of the stores.

As of this writing, the Pennsylvania Gaming Control Board has revealed that it has given the green light to as many as 23 truck-stop locations with the launch of the machines slated for the first quarter of 2019. This will, however, only be after the Gaming Control Board, makes an inspection of the locations after which the licenses will be verified. The general theory is that the average return of the machines will be the same as the slot machine terminals and the state plans to collect more than 50 percent of the total revenue generated by the video gaming terminal. Approximately 42 percent of the revenue will be directed to the state’s General Fund. 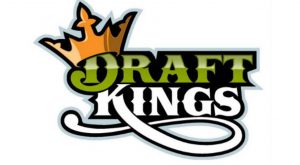