PointsBet Will Not Be Venturing into Pa. Sports Betting

https://i0.wp.com/europeangaming.eu/portal/wp-content/uploads/2018/07/pointsbet.jpg?fit=1200%2C800&ssl=1
Published on November 9, 2018 8:02 am
Author Spencer Harwood
Share Article
Sports betting in the United States is still in its early stages – this is true for all states except for Nevada where sports betting has been present for way longer. The legal sports betting industry is just about five months old even in New Jersey where the business has been able to quickly pick […]

Sports betting in the United States is still in its early stages – this is true for all states except for Nevada where sports betting has been present for way longer. The legal sports betting industry is just about five months old even in New Jersey where the business has been able to quickly pick up making the state a sports betting leader in a rather short time. Still, the industry is still far from perfection and thus there is still much more that needs to be done before it finally grows into its full potential.

With all the buzz, PointsBet, an Australian company, is making huge strides to revolutionize the sports betting scene after forming new offices in Jersey City. The company, which has a November launch date in its calendar is set to disrupt the market in a major way with its unique “spread betting” and “points betting”. This product is not offered by any other company which gives PointsBet a great competitive edge against most of its competitors.

In fact, the company is so confident in the unique offering that it has already leveraged a way to expand its operations beyond New Jersey. This is evident from the fact that its officials have maintained open communication lines with representatives from other states with the hopes of establishing new partnerships as it grows its presence in the legalized sports betting market. Unfortunately, Pennsylvania is not one of the states whose sports betting market PointsBet is expecting to venture into.

Exorbitant Fees and Tax Rates Are to Blame

When the Keystone State’s legislature passed the sports betting laws about a year ago, it gaming control board placed an audacious initial bet by setting the highest licensing fees and the highest tax rates in the United States. This has been a subject of controversy with very many critics pointing out that both the tax rates and the fees may undermine the growth of the sports betting industry by forcing operators to look in other places where the costs setting up and operating are more favorable. The same applies to PointsBet which is shying away from setting up a sports betting operation in the state.

“The tax there is very onerous. … But to go and bid for a Pennsylvania license, I’m not so much concerned about the $10 million upfront (licensing) fee, but those operating taxes, which when you average it all out tips over 40 percent, it makes it very hard for us to enter, be aggressive on our offers and price, all the things we need to do to try to win money back from the black market,” PointsBet US CEO Johnny Aitken commented.

In addition to this, PointsBet’s officials have also expressed concerns regarding how deeply entrenched the black market and illegal bookmakers are to the Keystone State’s gaming industry. A number of operators are hoping that a compromise will be eventually reached but until then New Jersey is the place to be if you want to experience the best of what PointsBet has to offer. 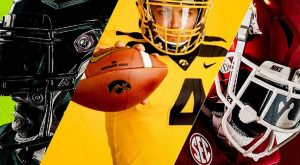