Published on February 28, 2019 8:00 am
Author Spencer Harwood
Share Article
PokerStars has recently announced a set of new policies on the use of third-party tools on its online poker platform. Set to go into effect on all poker games across all of the poker operators online gaming market on March 4, 2019, the new policy changes involve the ban of seating scripts as well as […]

PokerStars has recently announced a set of new policies on the use of third-party tools on its online poker platform. Set to go into effect on all poker games across all of the poker operators online gaming market on March 4, 2019, the new policy changes involve the ban of seating scripts as well as the restriction of the use of both automated and semi-automated reference materials during gameplay.

These changes were motivated by the company’s desire to streamline the online gaming experience for all the customers – according to the company’s director of innovation and poker operations, the tools that gave certain users varying levels of advantage over other players were undermining the spirit of the games and therefore they either had to be eliminated or, at least, toned down a bit. Severin Rasset, the director of innovation and poker innovations further said that the policy changes have been put in place as part of the company’s bid to establish a “safe and fair environment” for all of their customers, a move that has since required that they provide a “clear and unambiguous picture of the additional resources available to them”.

“Our goal is to ensure that the same rules and standards apply to everyone,” Severin commented on a recent PokerStars blog post.

Tools like bots have always been unwanted on the online poker platform but some users have managed to find workarounds to give them an upper edge over other players – these are exactly what the company is targeting with the policy changes.

Seating scripts, for instance, have been protested for years by a number of people in the online poker community – they are automated programs that auto-seat players at tables where particular (usually weaker) players sit in. This way, the most profitable players always have an upper hand since they are placed at a table where they are certainly bound to triumph over their weaker opponents.

Seating scripts aside, automated or semi-automated poker reference materials have also been targeted by the new policies. These will now only be allowed while the client is closed. There are also significant limitations on starting hand charts.

The new PokerStars policy also outlined some of the tools that the officials have deemed to be acceptable and they include a number of tools for determining absolute hand strength or post odds, in-game Heads-Up Displays, basic static reference materials as well as Macros and Hotkey programs. These qualified to be kept on the site since some of them only gather information from personally played hands while others do not reduce or get rid of the requirement of a player having to make a decision while playing.

If you’re a poker player who also enjoys dabbling about on Twitch, then you could earn yourself a Platinum Pass. PokerStars and Twitch have just launched a new promotion that will give two lucky players the chance to play at the PokerStars Players’ Championship next year in Barcelona. Most of PokerStars Platinum Passes are awarded […] 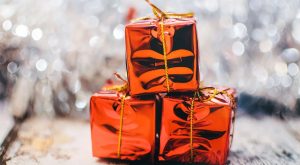 If you’re a player on PokerStars PA, you’re in for a real treat this holiday season. The brand has just launched its Christmas Calendar, which will offer up all sorts of fantastic prizes for real-money players. The promotion will run from now until December 24th, and you don’t have to do anything special to take […]

It was a long time coming, but online poker is finally live in Pennsylvania – and, it is thriving. PokerStars has been live for nearly a month now in the Keystone State, and has seen tremendous success so far. According to online poker traffic reports, PokerStars PA ranks very highly. For example, its 7 Day […]