This article discusses the playing of online poker in the state of Nevada and some of the laws surrounding the casino game, as well as a few interesting facts. A question that many people ask is: is online poker in Nevada legal? To respond to this question simply, the answer is ‘yes’. A little-known fact […]

This article discusses the playing of online poker in the state of Nevada and some of the laws surrounding the casino game, as well as a few interesting facts. A question that many people ask is: is online poker in Nevada legal? To respond to this question simply, the answer is ‘yes’. A little-known fact is that Nevada was actually the first state in the whole of the United States of America to legalize intrastate online poker.

Nevada is one of the most accommodating states in America when it comes to gambling, making online gambling in Nevada exceptionally popular. Online poker is also, by far the most popular game played at the online casinos that are legal in Nevada. Although Nevada does seem to be the most lenient state, the Nevada state Gaming Control board, as well as the Gaming Commission, implements very strict rules within the sphere of online gaming to ensure the safety of gaming participants and all involved.

In 2011, the US Department of Justice issued a ruling with regards to the Wire Act. This Wire Act gave states control over their own laws regarding lottery sales and gambling. This was a major moment for online gambling in the US, as up until then, laws surrounding online gambling and casinos had been strictly controlled by the national government.

Once the Wire Act was passed, the state of Nevada drew up its first poker legislation. On the 22nd of December that year it was approved by the Gaming Control Board. Poker tournaments quickly became a popular activity in Nevada casinos.

Online poker was the next goal for Nevada and that goal was realized on February 25th, 2013, when legislators signed AB144. AB144 legalized online poker and sports betting, making AB144 one of Nevada’s most important online poker gambling laws.

Long before the law makers approved online poker, the Nevada Gaming Commission had been enthusiastically working on the rules and regulations for the new online industry that they hoped would include far more casino games and online casino options. As soon as the bill became law, the structures were in place to start a call to businesses for applications for licenses.

The very first company to launch an online poker site for the residents of Nevada was Ultimate Gaming in partnership with Station Casinos, who went live in April 2013. They began advertising online poker immediately and players flocked to the site. Online poker became more popular than poker played in brick-and-mortar casinos as it could be played from the comfort of your home and there were usually more playing options and lower house edges.

February 2014 was an important month for online gambling in Nevada as the governors of Nevada and Delaware signed the very first interstate online agreement, allowing players from different states to play each other. The first pools of players from the two states started playing against each other in March 2014. WSOP was the only site at the time that operated in both states so the online tournaments were held on their site.

Timeline of the History of Gambling in Nevada

1861: Strict laws were implemented and penalties put in place to attempt to control the rampant gambling in Nevada.
1864: Nevada became the 36th state in the United States of America
1909: Each and every form of gambling was made a criminal offense under the state laws.
1931: Finally, gambling was legalized. Bank Club began legal gambling in Reno and Northern Club obtained Las Vegas’ first he first Las Vegas gaming license.
1945: The State Tax Commission became a primary source for the issuing of gaming licenses once it became authorized to do so in 1945.
1946: Nevada, always a leader in gambling law, became the very first state to start taxing the gambling revenue of the state.
1959: The Gaming Control Board was made stronger by the passing of an act, which allowed a commission to be taken for ruling over disputes that arose from applicants or control board investigators.
2004: 2004 was the first year that the revenue that Nevada made through gaming exceeded $10 billion.
2011: An important year for online gambling as the US Department of Justice issued a ruling with regards to the Wire Act. The Wire Act gave states the right to create their own online lottery sales and gambling. Online poker was, in conclusion, legalized.
2013: Governor Bill Sandoval signed the bill into law that legalized the first regulated online poker sites on 21st February. WSOP and Ultimate Poker were some of the first sites to offer online poker.
2014: 2014 was another landmark year as both Nevada and Delaware signed the intrastate agreement that allowed players from different states to play against each other online. WSOP was the only site at the time that had players from both states so it shared players. Many tournaments arose, resulting in high revenue from gaming for both states.

When choosing an online casino to play poker at, ensure that the site you choose:

Below we have listed two of best sites that meet the standards mentioned above and that offer online poker in Nevada:

BETONLINE.AG
Betonline.ag is one of America’s most popular online casino sites and it accepts players from all US States. It does also accept international players but the site was built primarily for American players. Betonline.ag is a trusted name in the industry as it has had over two decades worth of experience. They are famed for their generous welcome bonuses and other monthly, prizes. This is a great site for both novice and professional players.

SPORTSBETTING.AG
Sportsbetting.ag is another popular site that accepts players from all 50 states. The site is completely regulated and licensed and is known for being one of the safest sites available. The poker section is particularly impressive, as is the sports and racing sections. Sportsbetting.ag doesn’t have quite as much experience as Betonline.ag but it is still a great online casino with an upbeat brand.

It is imperative to be aware of all the rules and regulations in place before playing; the most important include:

Future of Online Poker in Nevada

The future of online poker in Nevada is a difficult one to predict. There are only two sites up and running, in the four years since the launch of the industry, it is not clear if other sites will go through with the process of applying to operate in Nevada.

Many businesses have previously attempted to create partnerships by creating free online poker but no new real money sites offering online poker have been successful. However, things do seem to moving in a positive direction for online poker after the online poker liquidity agreement, which is one of the newest Nevada online poker gambling laws. The growth of popularity of online poker is a factor that will definitely assist online poker in Nevada to move forward.

Which Other Types of Gambling Are Legal in Nevada? 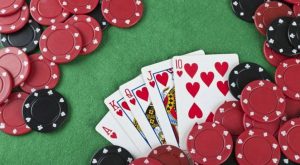