Finally! After almost two years since it was signed into law, the full impact of the Keystone State’s online gambling bill will be felt with the launch of the state’s much-anticipated online gambling industry. This exciting news came through a letter addressed to the licensed casino operators from the Pennsylvania Gaming Control Board’s (PGCB) Executive […] 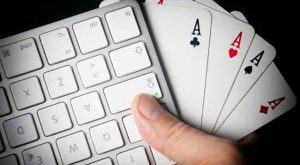 The past couple of years have been filled with stunning shifts in the Keystone State especially with regards to gambling which officially went live in 2006 and has since to be one of the biggest gambling economies in the United States. Over the past year, the state’s gaming market has grown immensely thanks to the […] 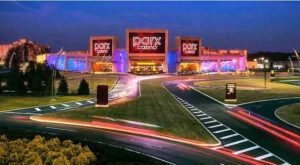 Last Monday, the Pennsylvania Gaming Control Board held its fifth public input hearing for a proposed satellite casino in Shippensburg, a town located about 30 miles north of the Pennsylvania-Maryland border and close to 40 miles southwest of Harrisburg. The proposed mini-casino will be situated be about 150 miles away from Parx Casino – this […] 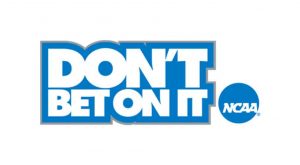 The NCAA and Legal Sports Betting in the United States

This year will be the very first time that the NCAA basketball championships will be taking place in the new legalized sports betting market in the US following the May 2018 Supreme court decision to abolish PASPA. Sports betting in the country has since seen a plethora of positive developments across several states. Despite this, […]

Fans of the renowned Poker King Club will not be very happy to know that the website’s Poker King Cup Macau 2019 has been postponed until further notice following what the company is referring to as an “unforeseen circumstance.” This year’s event, which would be that third one since it was launched, was initially scheduled […]

Renowned Pennsylvanian gambling operator, SugarHouse Casino has recently been slapped with a $30,000 fine for violating state gaming laws in two separate occasions in 2017. During these incidents, the employees were found to have allowed customers to play unapproved poker games – this happened to include a 10-card stud game between two popular poker personalities […]

DOJ Opinion on Gambling to Affect Pa. Online Gaming, Or Not

The long-awaited Department of Justice opinion on the Wire Act that was expected to arrive in December 2018 arrived on Monday when it issued the body issued a new legal interpretation of the 1961 Wire Act in a politically-motivated effort that seeks to delay efforts by various states to legalize online gambling. The memo, allegedly, […]

The United States Department of Justice is hard at work preparing an opinion that is likely to reinterpret the Wire Act and make it apply to all forms of gambling and not just sports betting. This move would reverse the 2011 Office of Legal Counsel opinions which made sports betting the only activity under the […]